Washington Post: "Telegram has finally cracked down on Islamist terrorism. Will it do the same for the far-right?" by Rita Katz 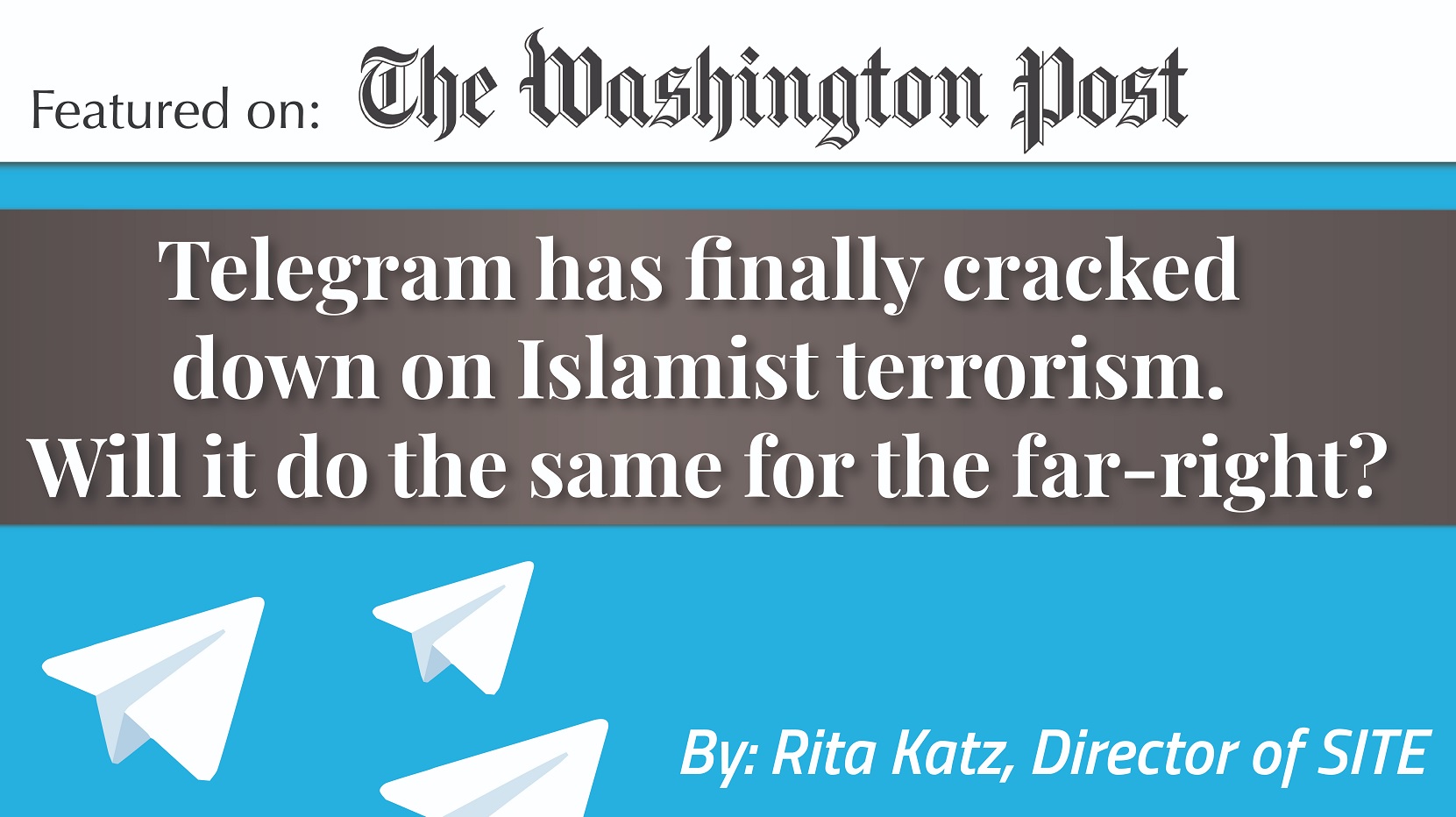 It was a big deal when accounts for the Islamic State and al-Qaeda started disappearing from the Telegram messaging app over the past month. For years, the platform has served as the central medium for extremist groups to radicalize and recruit members.

With the Telegram deletion campaign of jihadists' accounts continuing unabated, and thousands of "bots and channels" banned across the past week, jihadists are venting their frustrations and searching for haven.

As the Islamic State's (IS/ISIS) territory in Syria shrinks to a final pocket of small villages in Deir al-Zour, many of its Western members are coming out of the woodwork: Fighters, wives, and media workers from America, Canada, Germany, the UK, and elsewhere. Some captured or surrendered, others escaped—some pleading for forgiveness and better lives for their children, others expressing little remorse.

In August, I wrote an analysis on an increasingly evident aim by the Islamic State (ISIS) “to establish a more substantial base in the Philippines.” My assessment was based on recent events in the country, the most notable of which being the July 31 suicide bombing by Moroccan fighter “Abu Kathir al-Maghrebi” on Basilan island, which ISIS claimed. The attack was a landmark event for the Philippines: for the first time, a foreigner fighter from outside of the Southeast Asia region had been attributed to an attack in the Philippines—the first suicide operation there, at that.