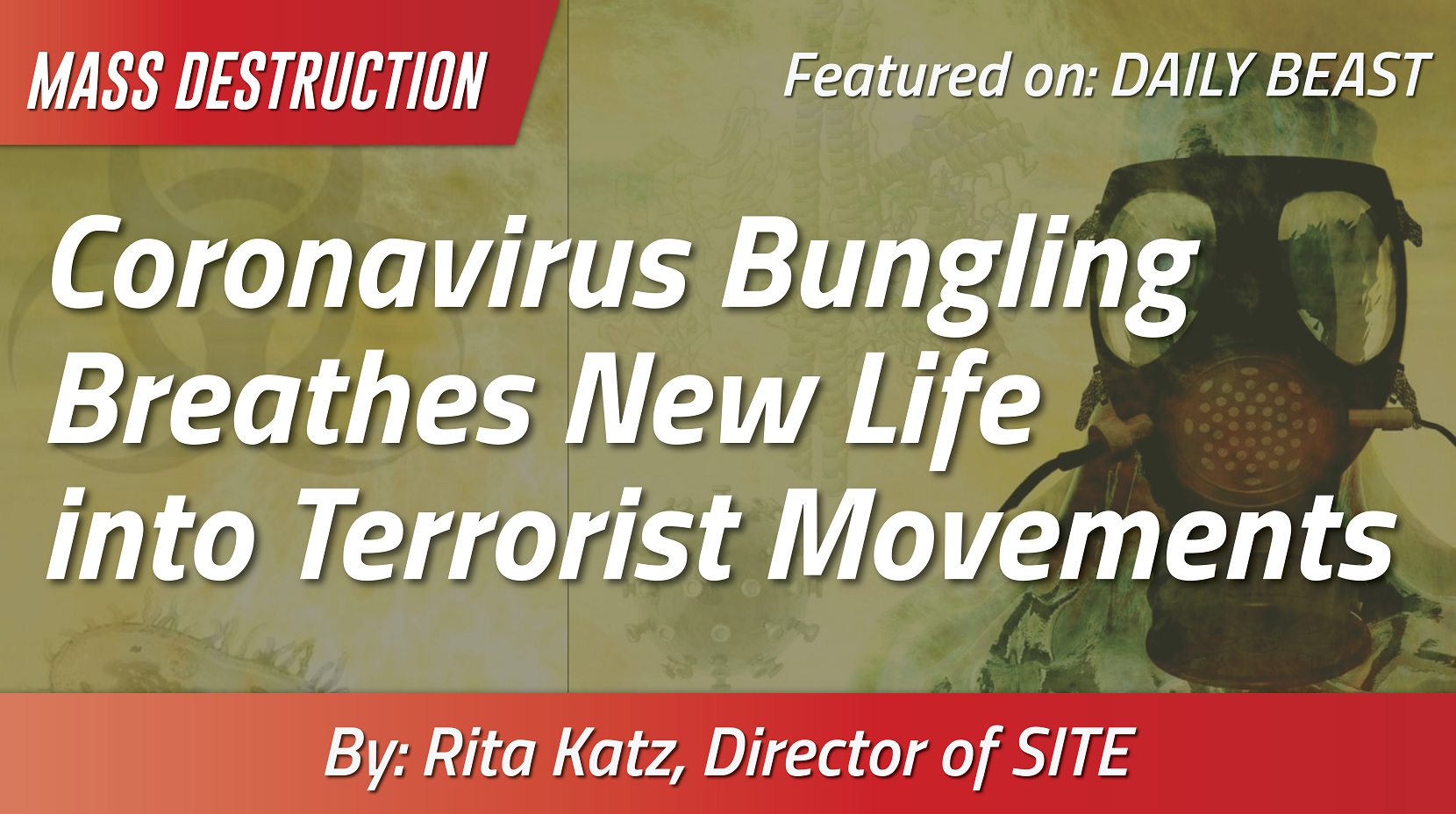 From neo-Nazis to jihadists, the COVID-19 pandemic has proved to many terrorists that the United States is not the ever-prepared, all-knowing power it once appeared to be, and nor are many of its Western allies.

SITE Investigation Reveals WHO, Gates Foundation, ...
In its First Designation against White Nationalist...